The project for my baby niece Anna did not get finished before I saw her in August. Didn’t even get started beyond Sophie helping me pick the fabrics and me starting to draw out a pattern. 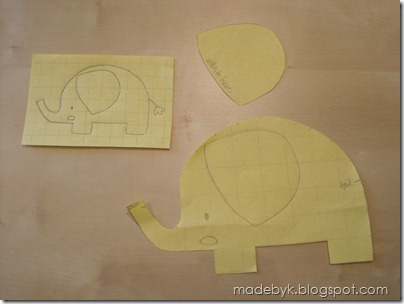 So now it’s my “I have a few minutes, let’s see how I can move forward” craft activity. And rather than wait til it’s all done (which is hopefully before Dec. 25), I’ll show some bits and pieces as I go. 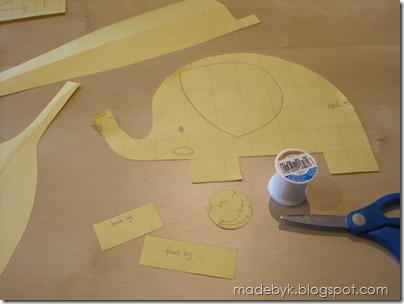 By the way, this was NOT all done in one sitting. 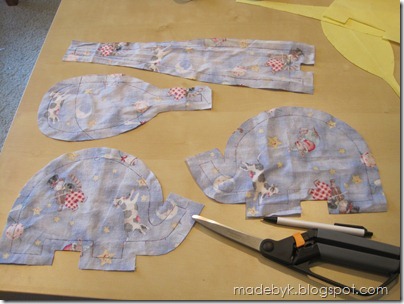 I’ll cut into the real stuff once I know my pattern will work. 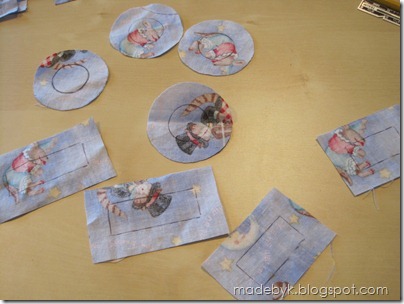 First version of trunk did NOT work. Despite my profuse pinning… 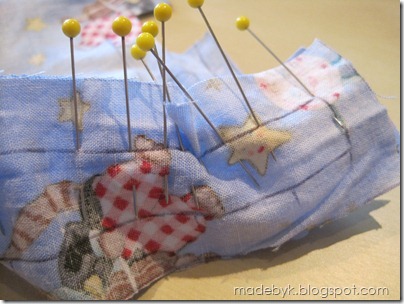 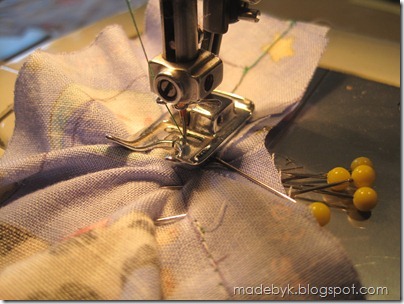 … connecting a totally straight piece to a massively curvy piece was NOT going to result in a pretty trunk. 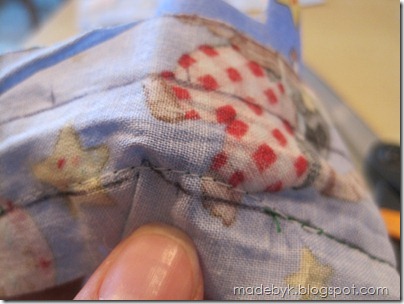 Jury’s still out on whether Trunk Attempt #2 will work; I’ll know more once I stuff the thing properly. 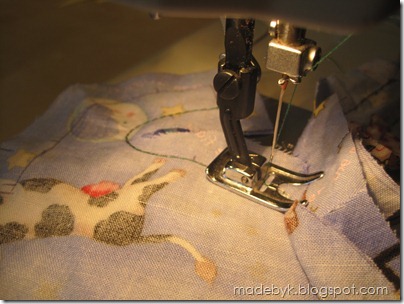 My respect for people who regularly make critters out of tiny pieces has skyrocketed! Trying to pin a tiny circle into a tiny tubular leg was near impossible… 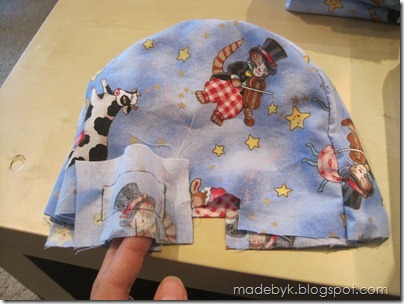 …until I realized an acrylic paint bottle was just the right size to squish into the leg and give it some rigidity so I could get some pins where they needed to be. : ) 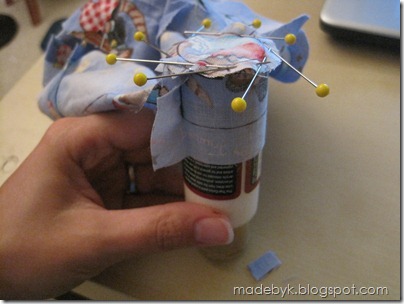 Oh, and also helpful was cutting some of my 1/2” seam allowance away before sewing. What was I thinking leaving that amount on there?!? Way too much fabric! 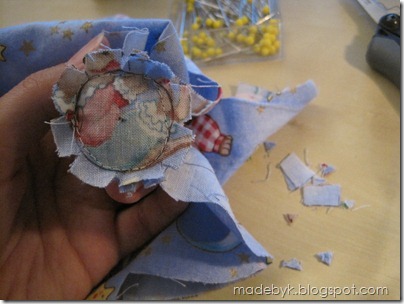 Well, that’s all for now.