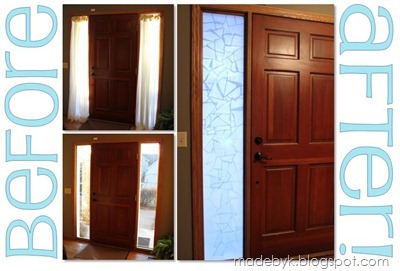 I wanted to cover the sidelights next to our front door with something other than gathered floor-to-ceiling sheers. If it was somehow blue (to coordinate with the blue door), even better.

Long story short, inspired in part by the amazing “stain glass window” on FilthWizardry, I decided to cover them with tissue paper. And on the same day I decided this, I discovered blue tissue paper in a box left by the previous owners. I love happy surprises like that! 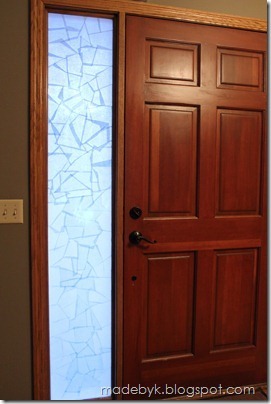 It was SO easy – just watered-down school glue, painted onto the glass with a foam brush, then the randomly-cut tissue paper scraps placed on top, and painted over if the paper still seemed dry. Took part of an afternoon.

And I don’t think it’ll be hard to get off again – I’ll just have to spritz it with water and it’ll come right up. In fact, it did come loose at the bottom where there was condensation during the winter. 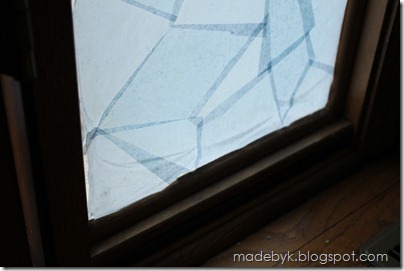 For one thing, I didn’t realize there were two different blues in stack of tissue paper; other people maybe don’t notice, but I see it every time I pass by. (Photos below show the sidelight I did first, then the sidelight I did next.) Do you see it too? 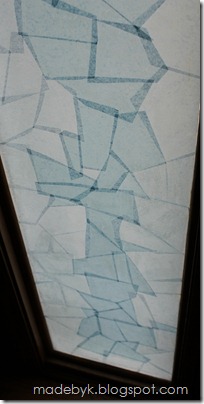 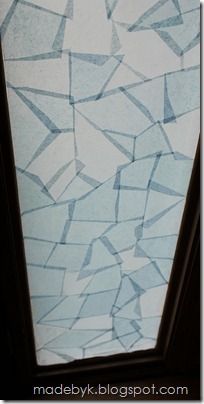 And for another, the triangles are too “fractured” for me right now. I’d like something smoother, calmer. I’m thinking nice thin horizontal stripes…

I just need to find some more blue tissue paper.

…for Ruthy and for Ken.

Ruthy, a young woman from Germany, is living with us while she interns at the girls’ school this semester. She’s fitting right in with the family and it’s a joy to have her here in our home.

For her birthday last week, I considered making her a Schwarzwälder Kirschtorte, because that’s what she always has at home. But I knew there was no way mine would taste anything like her moms, even if I could find all the necessary ingredient here. Besides, she’s in America, so needs an American birthday cake! : ) 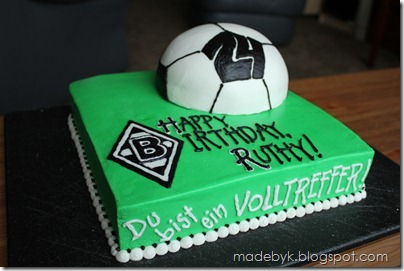 Ruthy is a HUGE soccer fan, specifically of her local team, Borussia Mönchengladbach. So I knew she’d love a soccer cake just like the one I made for goalkeeper Rachael.  And I knew the colors would have to be Borussia’s colors: black, white, and green. 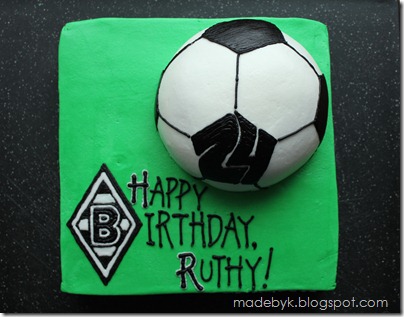 I wanted to use Borussia’s distinctive “diamond B” logo somehow, so it became part of the word “Birthday.” Ruthy LOVED that part – asked that it be the LAST part to be eaten. 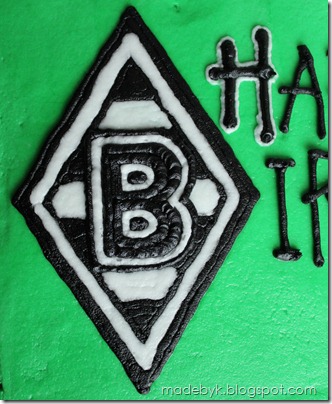 Across the front side, I wrote a phrase in German to remind her how we feel about her. “Volltreffer” is what the game announcers yell when a soccer player scores a perfect goal, right on target. While a literal English translation of the phrase – “You are a bull’s eye” – sounds a little funny, in German it is a sweet (sport-related) way to say “You’re great!” 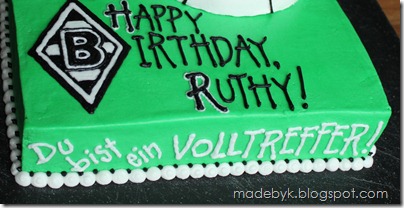 And just like on Rachael’s cake, I hid the birthday girl’s new age in the soccer ball patches. 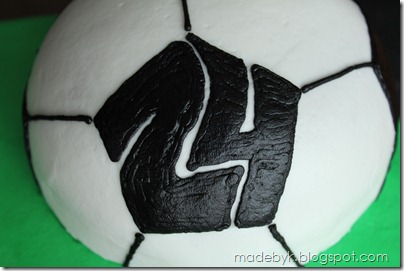 That’s a lot of candles. I hope Ruthy enjoys her 24th year, part of which will be spent with us! 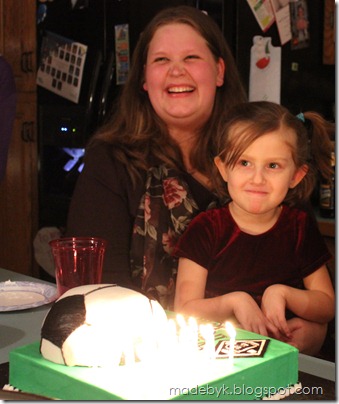 And then just one week later, it’s was Ken’s birthday again. No elaborate pot of gold rainbow cake this year. Just a simple yellow cake with chocolate frosting (his favorites), adorned with some space-themed Lego (to fit with his current favorite past time of playing Lego Star Wars on the Wii with the girls). 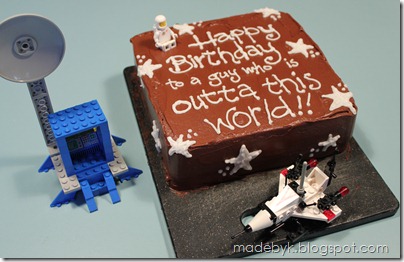 Man, how I love that guy! 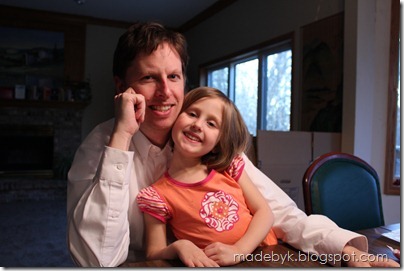 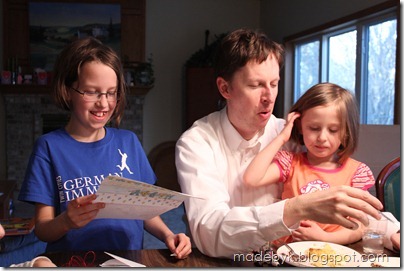 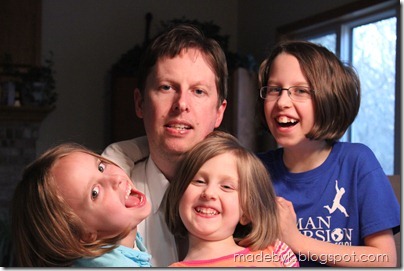