On the Making of Jenny’s Pillow

So often, I see someone’s finished project and wonder how they made it. No, not a tutorial giving step by step instructions on how I could recreate it, but rather the whys behind it. Where it came from. How they dreamed it up, designed it, decided on each part.

In case you feel the same, here’s the story about how Jenny’s pillow came to look the way it did, including the appearance of a tiny little sticker at just the right moment…

It started when I read Jenny’s post about some wonderfully loving gifts she received, including a beautiful Kettle Grove quilt set from a group of her friends. 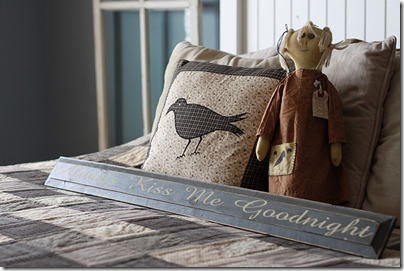 Along with the quilt, they gave her a piece of fabric, signed by all of them, intended to be made into a pillow. I told Jenny I’d love to do that for her. 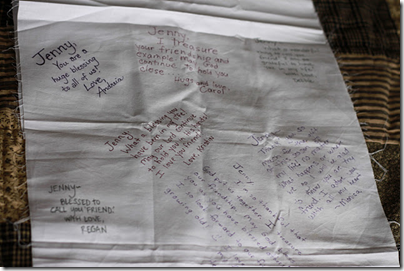 With a sham of hers along for color reference, I headed out to the local fabric store for some additional textiles. In the entire store, I could find only two fabrics that were some combination of black and tan. TWO! But two was all I needed, especially since one was black with tan paisleys and the other was tan with light black swirls. Made my decision on which fabrics to buy VERY easy! 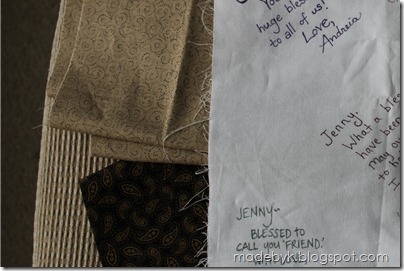 Next I turned my attention to the white fabric itself. It was WAY too white to blend nicely with the quilt. I’d recently read about dying using tea, so tried it out on an extra piece where someone had tested all the markers out. My sample turned out great, so with fingers crossed – I did NOT want to mess up this special momento – I dyed the piece with the signatures. And it came out so nice! Beautifully tan, just a shade lighter than the tan accent fabric I’d purchased.

Then I wondered if I should add something else – there were some large unsigned areas and I brainstormed what I could put there. Crows? Like on the accent pillow that came with the quilt? 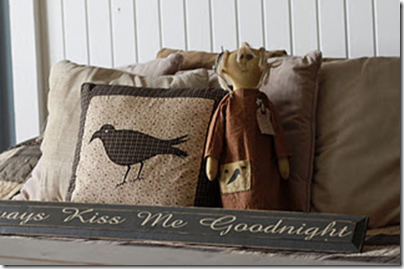 A Google Image search for crows produced nothing that seemed right. One wine label caught my eye – a congress of crows taking flight up across the pillow could’ve been striking. But appliqueing or even embroidering all those crows seemed a bit too labor intensive for the time I had available, plus I didn’t think it would fit with the style of the rest of the bedding. 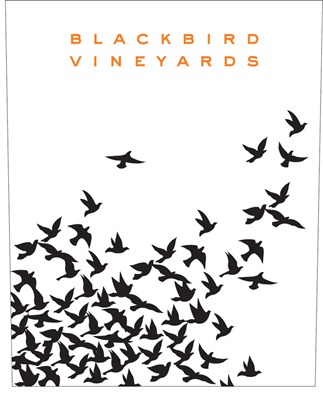 Changed the search to “country crows” but still wasn’t finding anything until I saw this clipart, which convinced me to forget about crows and do a different object instead, like a tall primitive-syle star.

And I remembered the stock photo I’d seen of the bedding, which had that same tall star on sample pillows. 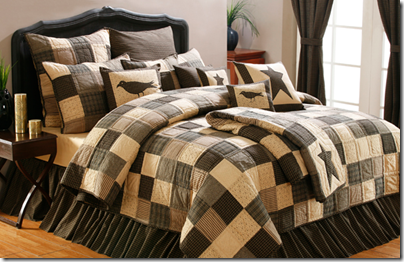 I was all set to start cutting out stars when I glanced over at my ironing board and saw a small little sticker that had detached itself from a Valentine card one of the girls had given me. A tall primitive-style heart!Of course! Since the quilt was a gift of love! Why didn’t I think of that right away?!? 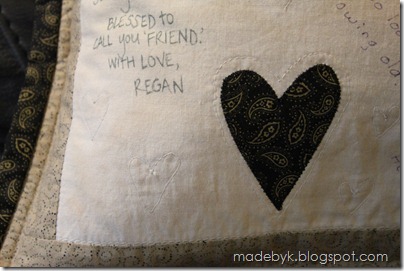 I cut out hearts of various sizes, appliqued five into the empty spaces, then quilted around them with tan thread and stitched some more free-motion tan heart outlines here and there. (My one regret in this whole process: drawing the heart shapes on with water-soluble blue pen first, and then dunking the whole thing in water to remove all the blue. I think the pen ink reacted with the fabric markers and tea, causing some colors to run and some tea to lighten. –big sigh– I tried to convince myself it made the pillow looked more aged and “country-ish” but I will definitely be more selective when using water soluble pen from now on and wish I hadn’t had to learn that lesson on this pillow!) 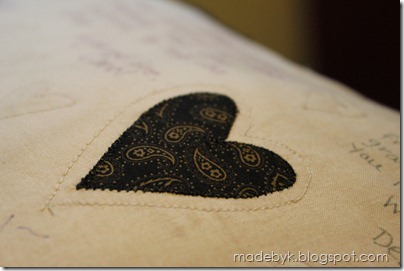 Finally it was just a matter of adding a border. I chose to “mat” the signatures with the tan fabric, then “frame” it all with the black. 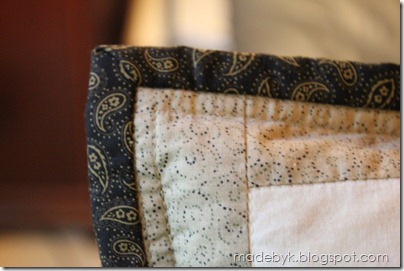 The black border is actually attached as a really wide binding; the top-stitching on the front catches the edge of the binding on the back. 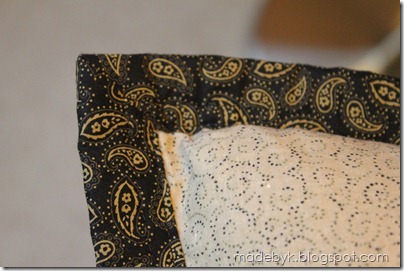 And since I wanted the pillow to be roughly the same size as the other accent pillow, the width of the tan “mat” border was pretty much determined for me. 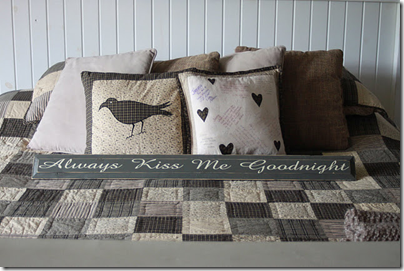 So, now you know the rest of the story!